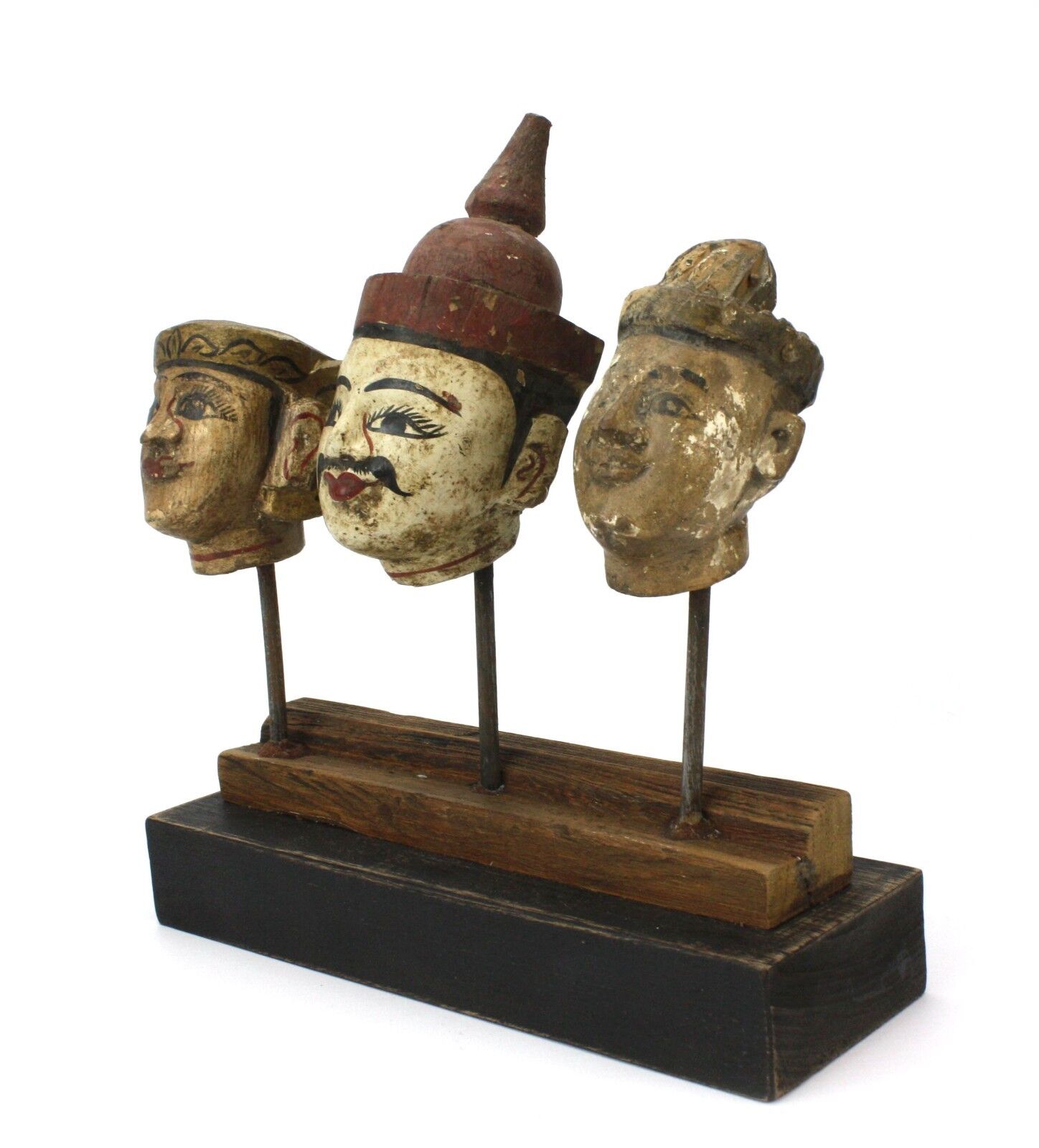 This first item is a good reminder that the Democrats are frantically ignoring the fact that the country doesn’t want President Trump impeached because those Democrats are terrified about where the investigation into Obama’s spying on Trump and other Americans – especially reporters – is going.

ROBERT DENIRO YELLS AT CLOUD – This one isn’t a political cartoon, it’s just a reminder that the increasingly senile Robert Deniro – better known as “Robert the Zero” – dementedly thinks it means something that he found assorted EX-prosecutors who hate President Trump as much as he does. That’s adorable!

Run along, Bobby! You’re obviously much, much, MUCH too old to understand the issues. Or to practice proper hygiene. (Take a bath or a shower, you unkempt hobo!) Go back to preparing for your role in Senile Grandpa or whatever sub-Adam Sandler garbage you’ve been appearing in for decades now.

This next one speaks for itself and addresses why groveling Democrats like Biden are always prefered by the most corrupt and oppressive nations in the world.

Another one about corrupt Robert Mueller’s indefensible goodbye innuendoes in which he tried to provoke impeachment WEEKS after being forced to admit he had NOTHING on President Trump. Refusing to answer questions proved Mueller’s cowardice, too. Hit and run insinuations tailored to make Trump-haters slobber all over themselves even more than they already do.

END_OF_DOCUMENT_TOKEN_TO_BE_REPLACED

DAY THREE, GAME ONE: The top seeds – the COLORADO MESA UNIVERSITY MAVERICKS – faced the 5th seeded UNIVERSITY OF CENTRAL MISSOURI MULES. After a scoreless 1st Inning the Mavericks went up 3-0 in the 2nd.

By the 5th Inning Colorado Mesa University led the Mules by a score of 6-3. The University of Central Missouri pulled to within 6-5 in the 6th Inning but no further, making 6-5 the final tally as well. Pitcher Andrew Morris got the win.  END_OF_DOCUMENT_TOKEN_TO_BE_REPLACED

Balladeer’s Blog continues its examination of the many facets of Fool Killer lore. FOR PART ONE, INCLUDING THE HISTORICAL CONTEXT, CLICK HERE

PART TWENTY-THREE: Here is a look at some of the Fool Killer’s targets from James L Pearson’s February of 1920 issue.

*** The Fool Killer crashed and slammed a Protestant conference in Boston. The Protestant Preachers were discussing the time period’s shortage of young men willing to become Preachers, a shortage the Fool Killer often took “credit” for since he claimed it was fear of meeting his (the Fool Killer’s) wrath that helped scare a lot of men away from the pulpit. (The fictional vigilante went after Elmer Gantry-like corrupt Preachers long before Sinclair Lewis’ novel Elmer Gantry had been published.)

This conference was endorsing the use of phonograph records as “canned” sermons and – since J.L. Pearson’s version of the Fool Killer had an unfortunate preoccupation with religion – this use of such canned sermons found the homicidal fellow unleashing some non-fatal wrath on congregations around the country IF they lazily used the pre-recorded sermons. (Remember, in the 1800s part of the Fool Killer’s Bogey Man aspect was that he would supposedly kill fools who fell asleep during mass.)

*** Supporters of the Red Scare being pushed by Democrat Woodrow Wilson’s Attorney General A Mitchell Palmer (as in the Palmer Raids).

*** “Spiritualist” con artists who took money from people for pretending to put them in contact with their dead loved ones in the Afterlife. Sometimes the Fool Killer also preyed upon the foolish victims of the con artists, depending on his ever-changing moods.  Schuco Piccolo Germany - Mercedes Benz Bus Set - Krone Circus - Limited Edition.

DAY TWO, GAME ONE: The 6 seeds – the UNIVERSITY OF CALIFORNIA AT SAN DIEGO TRITONS – took on the 3rd seeded CATAWBA COLLEGE INDIANS. Neither team scored during a Pitcher’s Duel that lasted the first 4 Innings.

The 5th Inning saw the Tritons drive in 5 Runs, which also wound up being the last of the scoring for either team. When all was said and done UC-San Diego won the game 5-0 behind Pitcher Preston Mott. END_OF_DOCUMENT_TOKEN_TO_BE_REPLACED

PRESIDENT TRUMP, FLYING HIGH IN THE POLLS, CALLS FOR GLOBAL DECRIMINALIZATION OF HOMOSEXUALITY

De facto Third Party President Donald Trump, still standing and smiling despite the ugly attempts to bring him down by the career criminals called Democrats and Republicans, marked LGBT Pride Month. It was a nice reminder that Trump – since he’s NOT a real Republican – has attracted high levels of support from LGBT voters as well as voters of color for an (R). This is why Republican trash like the Bush Family, Mitt Romney, Justin Amash and the clueless white guys at National Review hate Trump.

Remember, my view is that polls have become meaningless with so many people not answering their phones for unfamiliar phone numbers, but Democrats LIVE by polls … well, as long as the polls say what they want to hear. Otherwise they froth at the mouth and snivel about how “stupid” they think everyone is. LMAO!

Speaking for myself, too, even if I didn’t support Trump I would have grown to despise the non-stop hostility toward his supporters from Democrat fascists, politically biased “educators” (LMAO), brain-dead professional athletes and shallow, uninformed, emotionally unstable entertainers.

If forced to choose between loved ones and friends or the increasingly violent and irrational anti-Trump loons I will ALWAYS side with loved ones and friends against the Trump-haters. And that would be true no matter if I had ever liked Trump or not. Democrats, having absolutely no identity outside of their political opinions, may be incapable of understanding that.

Filed under LIBERALS AND CONSERVATIVES, opinion

Balladeer’s Blog’s recurring bit Give Them A Shoutout Before They’re Dead is back with Jackson Browne and his song Somebody’s Baby:

Tagged as blogging, Fast Times At Ridgemont High, Give Them A Shoutout Before They're Dead,Jackson Browne, music, opinion,

CHAMPIONSHIP GAME: The CENTRAL ARIZONA COLLEGE VAQUEROS took on the IOWA WESTERN COLLEGE REIVERS yesterday. The 1st Inning was an embarrassment to both defenses and ended in a 7-4 Reivers lead.

From there the Vaqueros would only permit Iowa Western College to drive in 1 more Run in the 6th Inning while keeping their own bats red-hot. Central Arizona College won the game by a final score of 13-8 behind the pitching of Mitchell DeCovich. * THE VAQUEROS ARE CHAMPIONS OF NJCAA BASEBALL *

DAY ONE, GAME ONE: The 5 seeds – the UNIVERSITY OF CENTRAL MISSOURI MULES – clashed with the 4th seeded ASHLAND UNIVERSITY EAGLES. The Mules parlayed a 1-0 edge in the 1st Inning into a 5-0 advantage by the 2nd.

The 4th Inning ended with the University of Central Missouri on top 7-2 and the 5th in a 9-2 Mules lead. The Eagles would trim that to 9-4 in the 7th Inning but that ended the scoring as 9-4 also wound up being the final tally. Ben Kelsch pitched for the win. END_OF_DOCUMENT_TOKEN_TO_BE_REPLACED